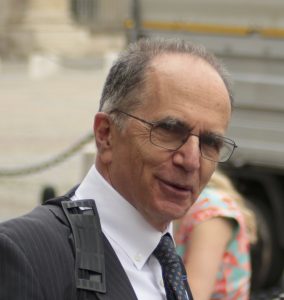 Martin Andler is a mathematician and historian of science.

He is Professor Emeritus at the Université de Versailles St-Quentin (Paris-Saclay).

His main domains of research are Lie theory in mathematics, and in history the development of mathematics in France since 1870. A graduate of École normale supérieure in Paris, he obtained his PhD (doctorat d’État) from Université Paris-Diderot in 1983. He has held positions as a CNRS researcher, before joining Versailles-St-Quentin University. He has held visiting positions as professor at MIT, Rutgers, and as visitor at IAS-Princeton.

He was vice-president of the Société mathématique de France (1997-1999) and the founding president of Animath, the main mathematics outreach organisation in France (1998-2017).

His interest in European policy issues led him to be Vice-President of Euroscience (2012-2018). Since 2017, he has been the President of the Initiative for Science in Europe. His web page (with link to his CV and list of publications) is here.